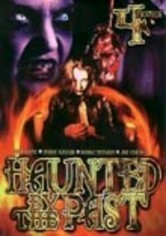 2003 NR 2h 40m DVD
Two horror films that are as low in budget as they are high in shock value will send shivers up your spine and keep you on edge. In Collinsville and its very creepy sequel, Collinsville 2, the previously dead owner of an abandoned ax factory terrorizes a backwater Connecticut town with murder and mayhem. Guess what his instrument of torture happens to be? (This &NFiis&NFi_; a trick question, fright fans!) Debbie Rochon and Brinke Stevens star.