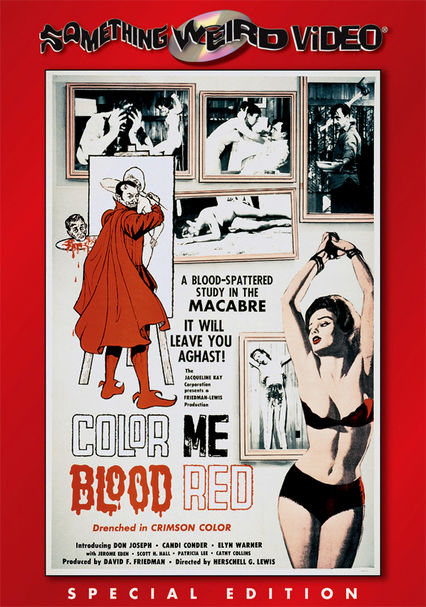 1965 UR 1h 19m DVD
The final installment in cult director Herschell Gordon Lewis's "Blood" trilogy follows critically panned artist Adam Sorg (Don Joseph). When his girlfriend cuts her finger and drips blood onto his canvas, Sorg creates a new color that has his detractors raving. The only problem is finding enough plasma to keep his critics happy, and Sorg soon turns to murder to perfect his art in this campy horror film.