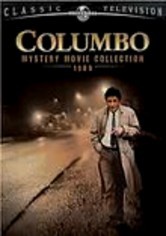 1989 NR 3h 7m DVD
Peter Falk reprises his Emmy-winning role as perpetually rumpled but brilliant detective Lt. Columbo in these two feature-length films from the 1980s: Columbo Goes to the Guillotine and Murder, Smoke and Shadows. First, a psychic (Anthony Andrews) may know more than he's saying when a magician (Anthony Zerbe) turns up dead. Then, an egotistical film director (Fisher Stevens) uses special effects to make a murder look like an accident.