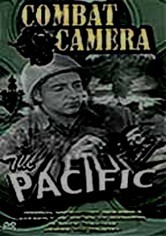 2001 NR 2h 0m DVD
View in-depth stories about the United States military in the Pacific during World War II with this uncensored newsreel compilation, which features compelling segments about the Battle of Midway, MacArthur liberating Manila, and Japan's surrender. Recorded by specially trained soldiers, these vintage films document the realities of the war, including heavy combat situations and humanitarian missions.