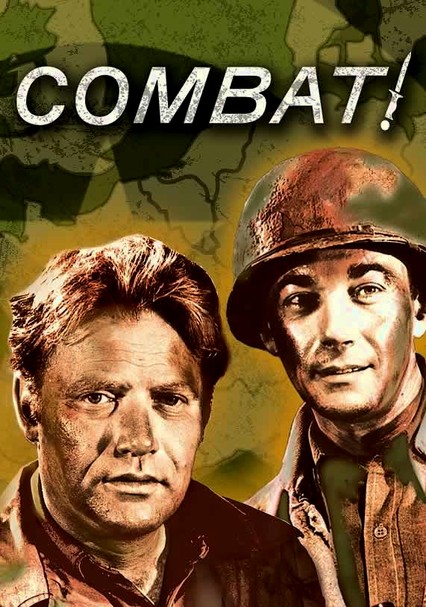 1962 NR 6 seasons
An eclectic group of American soldiers fight their way across Europe in the period following the D-Day invasion. Along the way, they suffer hardship and heartbreak but also eke out victories and learn the value of honor, loyalty and camaraderie.

One of television's most popular series, the groundbreaking "Combat" offers a gritty, searing look at American soldiers battling in Europe during World War II and confronting imposing odds while demonstrating remarkable courage and ingenuity. Vic Morrow and Rick Jason head a stellar cast in the first season of this long-running war series. Among the guest directors for "Campaign 2" are Richard Donner and Robert Altman.

In the second season of this gritty 1960s television series -- the longest-running of its genre -- Sgt. Saunders (Vic Morrow) continues to lead the troops of King Company, who are battling to survive physically, mentally, emotionally and spiritually during World War II. View 16 episodes of the second mission, along with extras such as commentaries, cast interviews and galleries. Guest stars include Beau Bridges, Richard Anderson and Warren Oates.

In this fifth season of the long-running series -- the only season filmed in Technicolor -- Lts. Gil Hanley (Rick Jason) and Chip Saunders (Vic Morrow) continue to fight for survival in the trenches as World War II rages on. This collection from the first half of the season captures the men as they struggle to keep their humor and humanity in a brutal world. Bill Bixby, Robert Duvall and Telly Savalas co-star.

In the second half of the long-running series' fifth season -- the only one filmed in Technicolor -- Lts. Gil Hanley (Rick Jason) and Chip Saunders (Vic Morrow) try to protect the rest of the platoon during World War II and keep their spirits up at the same time. Luminaries such as Robert De Niro, Robert Duvall, Gavin MacLeod and Tom Skerritt make appearances in these episodes that grapple with issues of life, death, hope and failure.

Sgt. Saunders (Vic Morrow), Lt. Gil Hanley (Rick Jason) and the rest of the soldiers of King Company endure the harsh realities of World War II in Season 4 of the groundbreaking 1960s series. In this set, Hanley escapes a German POW camp with help from fellow prisoners, and Saunders must try to reach safety after being deafened by a grenade. Guest stars include Fernando Lamas and Leonard Nimoy. Extras include commentary, outtakes and more.

Sgt. Saunders (Vic Morrow), Lt. Gil Hanley (Rick Jason) and the rest of the soldiers of King Company endure the harsh realities of World War II in Season 4 of the groundbreaking 1960s series. In this set, Kirby has a personal vendetta against an SS colonel, the company faces a daunting mission to destroy two bunkers, and a wounded German soldier vows to kill all of Saunders's men one by one. Extras include commentary, outtakes and more.