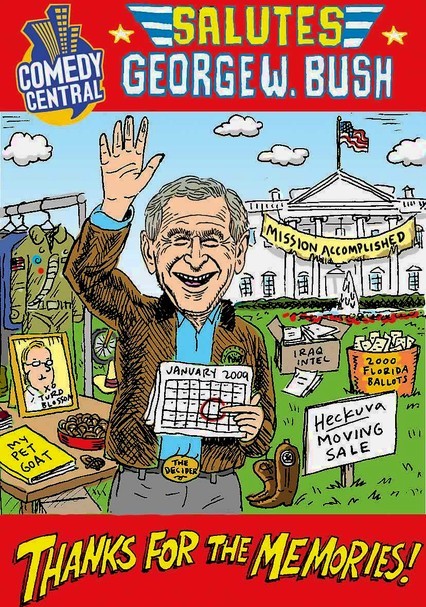 2008 NR 1h 48m DVD
Culled from Comedy Central's various series, this ironic and hilarious tribute to United States President George W. Bush consists of a collection of clips from Bush-inspired segments. Included in the video are episodes of "South Park," "That's My Bush," "Lil' Bush" and "Lewis Black's Root of All Evil," along with clips from stand-up comedy routines as well as portions of "The Daily Show" and "The Colbert Report."