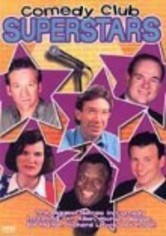 2004 NR 0h 48m DVD
This compilation collects the best bits of some of the most hilarious stand-up comedians of the 1990s, including Tim Allen, Bill Maher, Paul Reiser, Richard Belzer, Richard Lewis, Paula Poundstone and more. Bonus features include performances from comedy geniuses such as Andy Kaufman, George Carlin and Richard Pryor.