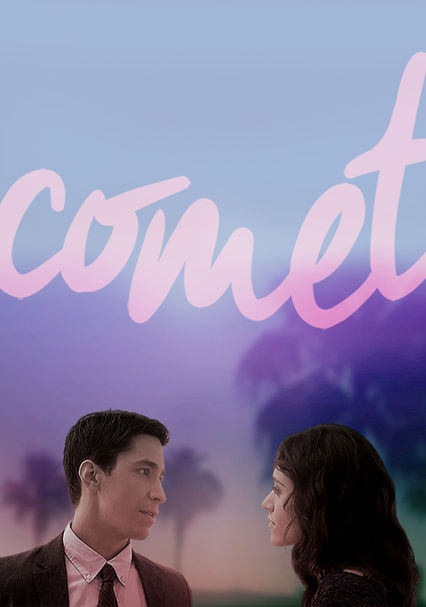 Parents need to know that Comet is an unconventional romance that takes a non-linear approach to a couple's relationship, exploring how significant milestones affected the future of their love story. Strong language (lots of "f--k," "s--t," "motherf---er," etc.) sexual situations (lots of making out, references to satisfaction, and an undressing scene in bed), and casual drug (pot) use make this drama a better fit for parents and mature teens, but not younger viewers.

Lots of kissing, caressing, and one scene in which the main characters are in bed taking off each other's clothes, but at the last minute they don't end up having sex. The couple has a whole conversation in which the woman is wearing just underwear. Talk about satisfaction and other sexual references.

After Dell asks for Kim's phone number in front of her date, the date grabs Dell and roughs him around without actually hurting him.

Love is the only thing that matters, and it's not how a love story ends that's important but the love itself and how it can change you.

Main characters (adults) drink on dates and smoke weed a couple of times.