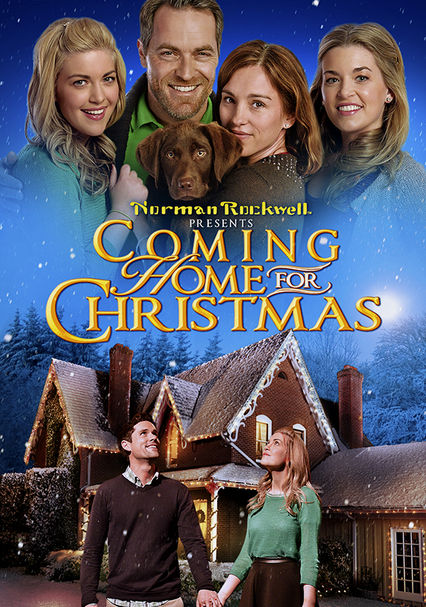 2013 NR 1h 27m DVD
Two estranged sisters who haven't been on speaking terms reunite in hopes that having a family Christmas all together for the first time in years will bring their Mom and Dad close again. They plan to do this in their old family home, the only problem is someone else lives there now.

Parents need to know that Coming Home for Christmas features estranged sisters trying to reunite their newly separated parents. A minor character's father died overseas in combat and is referenced a few times. The film is overwhelmingly family-friendly, focusing on the importance of healing family conflicts during the holidays, and the idea that family can take many shapes. There's a particular emphasis on singing and music, and though the likelihood of reuniting separated parents in reality is low and may be misleading for kids of parents going through a separation, it's treated in a lighthearted manner here.

A man and a woman kiss and embrace under mistletoe.

Death of a soldier in combat is referenced a few times but never described explicitly.

Family loyalty, conflict resolution, and helping those in need are important values. Give others a second chance and believe the best in people rather than assuming the worst.