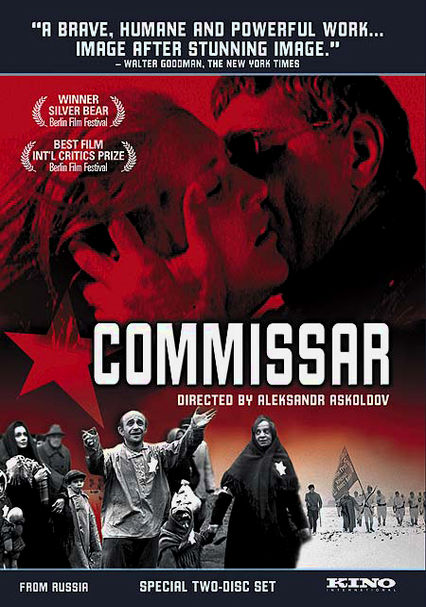 1967 NR 1h 45m DVD
Faced with an unexpected pregnancy, Klavdia Vavilova (Nonna Mordyukova) -- a female commander in the Red Army -- is forced to stay with a Jewish family until her child is born, an experience that proves transformative for both Klavdia and her hosts. Aleksandr Askoldov directs this controversial Russian drama based on a short story by Vasili Grossman, a film that was banned by the Soviet government for more than 20 years.