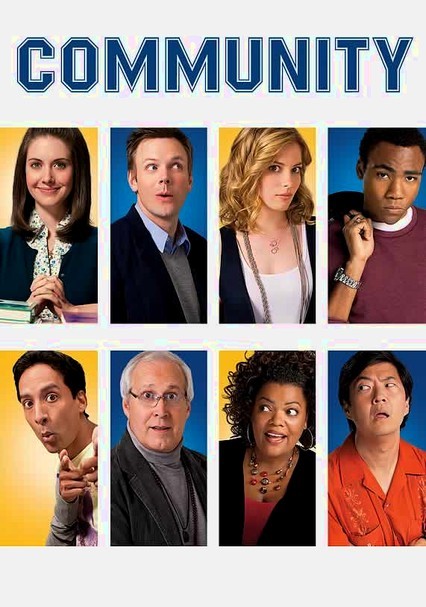 2009 TV-PG 5 seasons
When his degree is found bogus, cocky lawyer Jeff Winger is sent back to the local community college, where he meets befuddled students and instructors whose credentials are as dubious as his own.

The motley gang of eccentrics anchored by disbarred lawyer Jeff Winger is back for another season of learning in this sardonic comedy series set at Greendale Community College, where much of the real education is dispensed outside the classroom.

Greendale Community College continues to attract an odd assortment of intellectual "seekers" in the fourth season of this sardonic sitcom. And studying isn't the only thing on the minds of the "scholars" in former lawyer Jeff Winger's study group.

Attorney Jeff Winger and his wacky study group are assailed by new academic and life challenges in the fifth season of this mischievous sitcom. This season, the group absorbs several fresh experts and idiots, including some noted guest stars.

With Subway Corp. threatening to purchase the Greendale campus to open its own Subway University, Jeff and the gang try to tilt the odds in their favor any way they can -- even ways that aren't strictly ethical.

Parents need to know that Community -- a sitcom about a motley crew of community college students -- has plenty of sexual innuendo and stereotypes about community colleges and those who attend them, but it also has messages about the importance of friendship (and, secondarily, pursuing an education at any age). The main characters make plenty of iffy choices, and they're all flawed, but they're also a strong group of friends who support each other through thick and thin. Expect some salty language ("crap," "ass," etc.), occasional cigarette smoking and drinking, exaggerated violence played for laughs, and tons of pop culture references and jokes.

Occasional pushing and shoving, with people occasionally getting a black eye as a result. Shirley sometimes makes violent threats, but she doesn't act on them. Some episodes have featured extended paint-ball battles, with action movie-like violence, but it's all over the top and played for laughs.

The series highlights the importance of community, however you define the term. There's plenty of snarky humor (some of it based on stereotypes), but underneath the punch lines are positive messages about friendship and getting an education.

References to popular items like the iPhone, as well as to tons of other TV shows, movies, and pop culture touchstones.