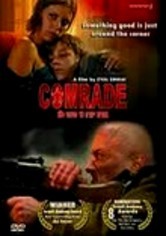 2006 NR 1h 13m DVD
After coming across letters from his estranged older sister Daliya (Tinkerbell), teenager Ilan (Adam Hirsch) runs away to search for her. Finding her in Haifa, he settles in with Daliya and soon develops an unhealthy attraction to her. Meanwhile, Ilan becomes intrigued by the fascinating adventures of Daliya's neighbor, a Russian activist (Assi Dayan). This poignant coming-of-age tale garnered eight Israeli Academy Award nominations and one win.