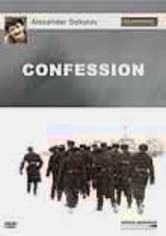 1998 NR 2 discs
Director Alexander Sokurov's powerful documentary chronicles the lives of a ship's captain and his young charges as they navigate the treacherous Arctic Ocean in a Russian naval vessel. Narrated primarily by the skipper, the series centers on the everyday responsibilities affiliated with an Arctic-based craft. This lyrical diary is an affecting survey of human solitude and the consequences of isolation.