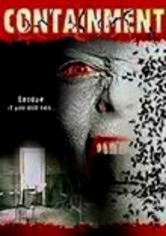 2006 NR 1h 27m DVD
While on duty, a hospital security guard is overpowered by hallucinations and bizarre sounds as he discovers an apparent suicide, a mysterious child and a slew of menacing creatures that haunt the hallways. Trapped inside with no way out, he must track down the elusive child and fight against the shadowy beasts and visceral nightmares that invade his reality in this frightening chiller from director Chris Schwartz.