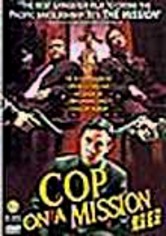 2001 NR 1h 44m DVD
Suspended from uniform duty for using his gun in a botched robbery, mediocre cop Mike is reassigned to undercover in order to capture head boss Tin. Mike decides to forgo his undercover cop identity and executes a daring plan that will either make him the most powerful man in the underworld, or just put him six feet under.