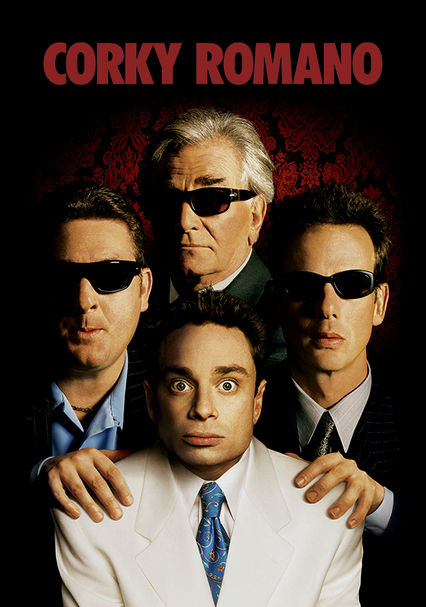 2001 PG-13 1h 26m DVD
Veterinarian's assistant Corky is plucked from his seemingly normal life when his dysfunctional mob family convinces him to go undercover as an FBI agent to destroy evidence against his dad, Francis Romano, who's been brought up on federal charges.

Parents need to know that there's comic violence in this movie, including shooting (no one gets hurt) and a lot of fighting. Viewers hear of an offscreen crime in which the victim's genitals were torn off, and see the flies buzzing above a corpse (played for comedy). A character is tortured by having jumper cables attached to his nipples and then being shocked. A character accidentally inhales cocaine and is supposed to be comically intoxicated. There's some bathroom humor. The FBI has racially diverse agents working well together, but the female agent complains of not being treated equally. There are sexist and anti-gay comments and some very vulgar language.