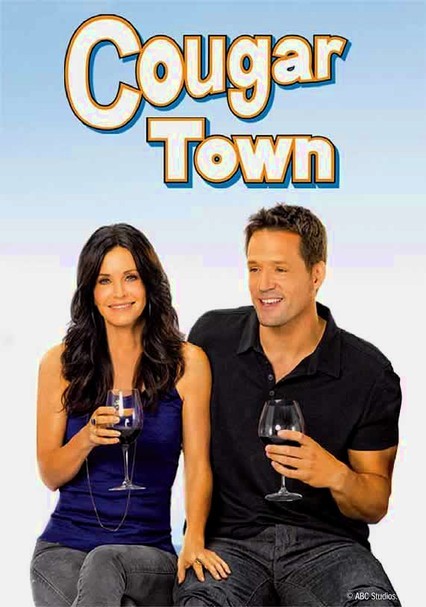 2009 NR 3 seasons
While on the mend from her recent divorce, hot single mom Jules Cobb (Courteney Cox) focuses on raising her teenage son, Travis (Dan Byrd), as well as running her flourishing Florida real estate business and re-entering the world of dating. Encouraged by her best friend Ellie (Christa Miller) and protégé Laurie (Busy Philipps), Jules works hard to build an independent life that fulfills her own needs.

In this sitcom's second season, Jules gets more involved with her handsome next-door neighbor, Grayson, and bonds with her psychiatrist. Meanwhile, Bobby struggles to accept his ex-wife's new romance.

After a group trip to Hawaii to retrieve Travis from a surf shack, Jules Cobb and the cul-de-sac crew are back with more laughs -- and more wine -- in the third season of this ABC sitcom about adult fun in the Florida suburbs.

Parents need to know that adult characters do a lot of social drinking, frequently swilling wine out of large, seemingly bottomless vessels -- and occasionally making cloudy decisions as a result. There's also some mild language (mostly of the "damn," "hell," and "whore" variety) and comical violence. Sex played an important role in the pilot (with implied sex acts, women in lingerie, and some flashes of skin), although it became less prominent in later episodes.

Some mild physical violence (pushing, shoving, hitting someone with a sign) that's meant to be funny.

Words such as "hell," "damn," and "crap" are used frequently, as are phrases such as "hot as balls" and "you should hit that."

Friendship is a recurring theme, and so is looking out for family. Older women are presented as being independent and sexually powerful, although aging and getting older is usually portrayed in a pseudo-negative light.

Frequent social drinking (wine is a favorite), sometimes to the point of excess and cloudy judgment. A secondary character smokes cigarettes.