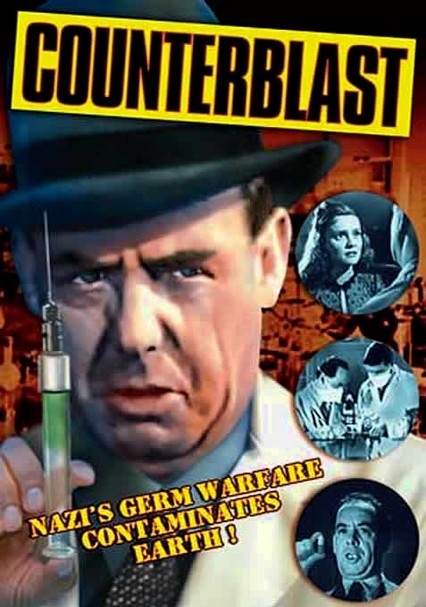 1948 NR 1h 38m DVD
After eluding capture at the end of World War II, notorious Nazi physician Dr. Bruckner (Mervyn Johns) -- "the Beast of Ravensbruck" -- assumes the identity of a scientist he murdered and plots to create a biological weapon in this suspenseful sci-fi thriller. Bruckner convinces his young assistant (Nova Pilbeam) to test the deadly serum and its antidote, but the mad doctor's love for the girl may compromise his experiment. Robert Beatty co-stars.