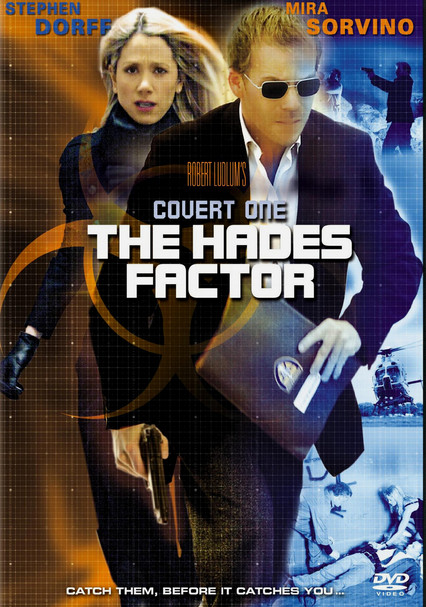 2006 NR 2h 40m DVD
When a lethal virus threatens the lives of millions of Americans, an undercover group of top-notch agents -- known as the Covert One operatives -- sends specialist Jon Smith (Stephen Dorff) to locate a rogue agent and stop the terrorist attack. After the infectious disease begins spreading and takes its toll on several U.S. soldiers, Smith attempts to find Rachel Russell (Mira Sorvino), who mysteriously vanished after an attempt to buy the virus.