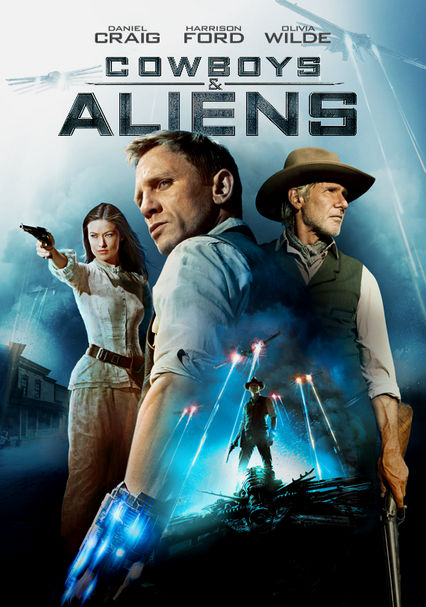 Parents need to know that this Western/sci-fi hybrid will definitely appeal to boys and fans of the two stars -- the new Bond (Daniel Craig) and the former Indy (Harrison Ford) -- but there are some violent scenes that may be too intense for tweens. Although it's light on romance -- just a couple of kisses and a few references to a prostitute -- the movie is heavy with explosive action (shootings, stabbings, and gruesome aliens) and has a high body count. Language includes words like "s--t" and "damn," and alcohol consumption is fairly high, considering that the cowboys spend most of their downtime drinking in a saloon. Despite a generally positive message about people banding together to fight a common enemy, the movie's violence can be overwhelming.

A couple of big kisses -- one of which is pretty intense -- plus a few mentions of prostitution and references to a "whore." A female character is shown naked from the waist up, but only from the back.

Lots of violence, starting with the opening sequence, when Jake kills or incapacitates three men in short order -- with a knife, a gun, and his fists. Dolarhyde has a man punished by tying him up and letting a horse drag his body away. Expect lots of explosions and a high body count, especially when the aliens (which are frightening) start attacking -- they crush people and bite and feed on them. People shoot, slash, and throw arrows at the aliens, occasionally impaling them with spears. Blood from medical experiments; wounds shown. In a couple of scenes, the aliens nearly kill a young boy, and one shot of the aliens will make audiences jump.

Meacham tells Jake that it "doesn't matter who you were, only who you are," and that's the movie's main lesson (well, aside from the fact that in the face of a violent alien invasion, human beings should ignore their differences and work together).

As in most Westerns, most of the cowboys congregate at a saloon, where everyone drinks, including the town preacher, who swigs out of a bottle of liquor he's using to clean a wound. Some characters are clearly drunk. Jake does shots of whiskey; a couple of cowboys are shown drunk or with cigars or cigarettes, including Jake, who rolls his own and then smokes it. Jake also participates in a Native American ritual that involves drinking tea that makes him hallucinate.