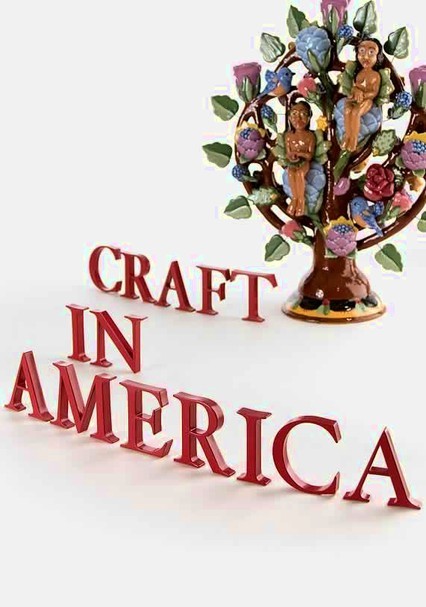 2007 NR 3 seasons
This intriguing PBS documentary series traces the evolution of crafts in America -- from ceramics to printmaking -- as artisans from various disciplines discuss their works, how they learned their techniques and how they pass on their knowledge.

This documentary series, produced by PBS, gathers three episodes that explore the rise of craftwork in America. In "Memory," modern-day artisans discuss the history of the movement, while in "Landscape," they look at their connection to their art and what inspires it. "Community" studies the sociological impact of craft. What results is a fascinating look at the convergence of art and history, a phenomenon with far-reaching cultural effects.

The second season of this Peabody Award-winning series delves deeper into the American craft tradition, exploring how weavers, blacksmiths and other artisans pass on their skills and what inspires them to take up such crafts in the first place. Featured master craftsmen (and craftswomen) include North Carolina potter Vernon Owens, California book artist Julie Chen and Ohio jewelry makers David and Roberta Williamson.

Craft in America: Messages, this entry in PBS's dynamic series explores how American artisans use their talents and skills to convey deeply held beliefs about cultural history, politics, race and religion through such mediums as beadwork, painting and sculpture.