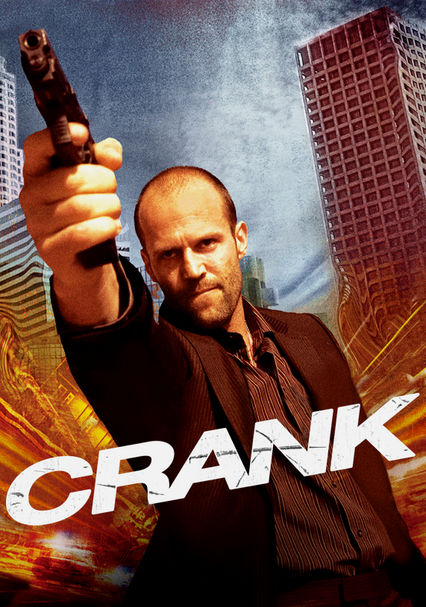 2006 R 1h 27m Blu-ray / DVD
Hit man Chev Chelios tears through the streets of Los Angeles in a race to save his own life and his girlfriend. Chelios has been poisoned, and the clock starts ticking when he learns he can elude death if he keeps his adrenaline pumping.

Parents need to know that this movie is absolutely not for kids. It's designed to convey hectic, bloody, and relentless action. Violence includes shooting, needle jabbing, punching, kicking, stabbing, and falling. A couple has sex in public, upsetting and titillating a crowd on the street and in vehicles (skin not explicit, but act is rendered with heavy breathing and clothes-tearing). Scenes include bikinied and topless women, pole-dancers in thongs, and naked women encased in glass balls, apparently as decorations). A doctor's advice seems shady (he suggests smoking marijuana to calm down). Hero uses the n-word and other disparaging language to incite aggression and display his tough-guyness. Lots of profanity and drug use.

Repeated shots of women in scant outfits, including strippers on poles, topless women around a pool, and naked women in glass balls; Chev runs through hospital/streets in hospital gown (you see his bare bottom, briefly, and a quick shot shows his giant erection under the gown); Eve and Chev have sex in the street in Chinatown; Eve performs oral sex on Chev while he drives (below frame); cross-dressing characters; references to "whores" and use of sexual slang.

Frequent bloody fights, shoot-outs; flashbacks to Chev with gun pointed at his last target; DVD shows Chev that Ricky stuck needle in his neck; hand chopped off with meat cleaver (hand then picked up, bloody and gross); Chev shoots thug in head (bloody splatters); Chev burns his own hand in a waffle iron (to gross effect); Kaylo suffocated with plastic bag; Eve hits Chev; fight on helicopter; fall from helicopter to death.

Over 100 f-words, plus various other obscenities, all uttered in rage and frenzy ("'s--t," "damn"); disparaging uses of n-word (used by white man against black men to incite their violence), "faggot," and "Al-Qaeda" (Chev yells this about an Arabic man, to ensure he'll be tackled by crowd on the street).

Hitman wants to go straight, but is poisoned before he can; he seeks revenge on his killers before he dies, causing mayhem.