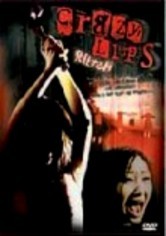 2000 NR 1h 25m DVD
The children of a widow are disheartened when they find out that their own brother has been fingered as the suspect in a string of brutal murders involving innocent schoolgirls. In order to prove her brother's innocence, Satomi (Hitomi Miwa) consults a psychic to gain evidence, but is faced with overwhelming facts that far exceed any explanation she thought was possible.