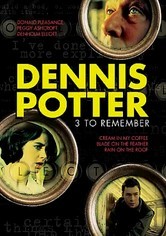 1980 NR 1h 31m DVD
In the seaside British resort town of Eastbourne circa 1980, elderly bickering couple Bernard (Lionel Jeffries) and Jean (Peggy Ashcroft) visit the hotel where they had a romantic fling back in the early 1930s, before they were married. Famed British dramatist Dennis Potter (The Singing Detective) wrote the made-for-television drama, a wise exploration of memory and nostalgia. Peter Chelsom and Shelagh McLeod play the young couple.