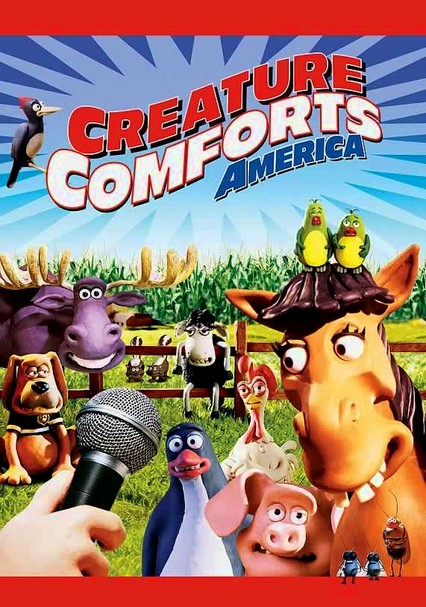 2007 NR 1 season
A menagerie of creatures comment on mundane details of their lives in this Stateside rendition of the hit British claymation series. Dogs, parakeets and other beasts offer their opinions on topics such as celebrities, fine dining and relationships.

From the Academy Award-winning creators of Wallace and Gromit comes this short-lived but inventive spin-off of a British show that combines creative stop-motion animation with real-life conversations between average Americans. The result is a wacky compilation of shorts that have poker-playing dogs discussing art, a waterlogged goldfish complaining about her dry skin, and two slugs trying to define animal magnetism.

Parents need to know that kids will like this claymation series (based on the same-named British hit) for its mix of cute animal characters and silly potty humor (a bird poops from his swing, dogs sniff each other's butt, etc.). The ironic nature of how the unscripted dialogue is matched up with the animals' behavior (a male dachshund lamenting the fact that his girlfriend is so much taller than he is, for example) will likely go straight over their head. Still, keep an ear out for mild sexual references and some language ("ass," "damn," etc.).

Some potty humor -- a bird pooping, dogs trying to discern a certain aroma while sniffing each other's rears. Dialogue occasionally includes mild jokes at others' expense.