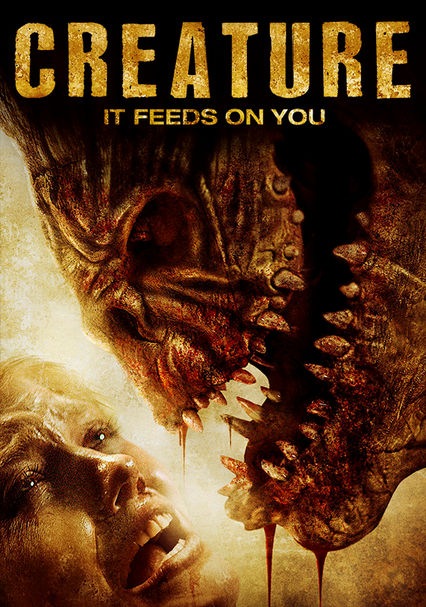 2011 R 1h 33m DVD
A group of friends partying in the wilds of Louisiana get into a fight for their lives when a beastly half-man, half-alligator that locals call Lockjaw comes searching for food -- and for a new bride!

Parents need to know that this horror film about a group of young adults who visit a creepy old house where a hideous man-monster is supposed to have lived has a high body count. There's lots of blood and gore, and much of the violence comes from humans threatening and/or attacking one another with weapons. One scene shows a person eating human body parts. There's full-frontal nudity as well as some perverse sexual situations, including a relationship between a brother and sister. The main characters (who may be of age but may not) drink beer and wine and smoke pot. Language includes multiple uses of "f--k" and "s--t."

The movie opens with a scene of full-frontal nudity as a woman goes swimming in the swamp. Two more women are seen topless. In a flashback, a man is shown to be in a romantic relationship with his young teen sister. In perhaps the most shocking scene, a teen girl manually stimulates a boy (the "action" is out of frame). The same teen boy tries to seduce another teen girl, but fails (though they kiss). Another couple has sex in the woods, though entirely off screen; viewers only see the foreplay. Additional kissing and some innuendo.

Perhaps the most disturbing sequence takes place during a flashback, when a man kills a giant gator and begins eating the discarded human body parts nearby. Lots of monster attacks, as well as a surprising number of incidents with humans threatening, attacking, and thrashing upon one another. A few severed body parts, and lots of spurting blood.

Most of the movie is about terrible behavior. The movie seems fascinated by all this creepy, depraved stuff, and the voices of reason are eventually drowned out.

One scene takes place in a store, and some brand names are visible in the background.

Young people (possibly of age, possibly not) drink beer and wine and smoke pot around a campfire. A couple of hillbillies drink beer -- and some kind of homemade liquor -- until they're stumbling drunk.