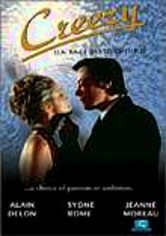 1974 NR 1h 30m DVD
Distinguished French actor Alain Delon stars as Julien, a young politician on his way to becoming the next prime minister of France. With his career flourishing, nothing could be better -- until he unexpectedly falls in love with a gorgeous model named Creezy (Sydne Rome). Torn between his new love and his professional ambitions, Julien must choose between his own happiness and his country's. Jeanne Moreau stars as Julien's political advisor.