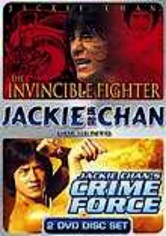 1984 NR 1h 27m DVD
Jackie Chan and Brigitte Lin star in this action film in which seven dangerous female POWs escape from prison and descend on a chemical weapons plant with the intent of destroying it. Chan is the only person who can stop them, but he's in for the challenge of a lifetime, as each of the prisoners possesses a specific set of deadly fighting techniques that are soon to be unleashed on anyone who stands in their way.