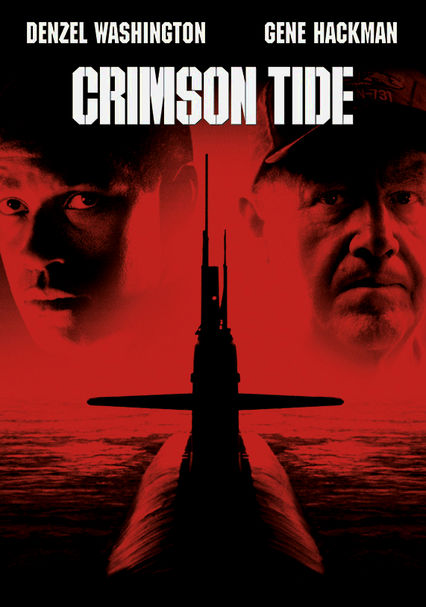 1995 R 1h 58m DVD
Controversy boils over when Soviet rebels point nuclear weapons at the United States, and a message for the nuclear-missile sub USS Alabama gets cut off during transmission. Will the Alabama prevent a nuclear holocaust, or start one?

Parents need to know that characters use profanity and make a few derogatory comments toward women and girls. The suspense in the film may make it too frightening for more sensitive viewers. Some of the younger characters die, occasionally graphically, and many characters carry guns. One character holds a gun to the head of two different men during a standoff. The film deals with war and violence.

Implied violence of nuclear war, many characters are threatened with guns. Some graphic deaths. A group of sailors are sealed in a flooding area of the sub to save the rest of the ship. One character has a heart attack.

People of diverse backgrounds are treated well; one gay joke and two jokes about girls and women's bodies.