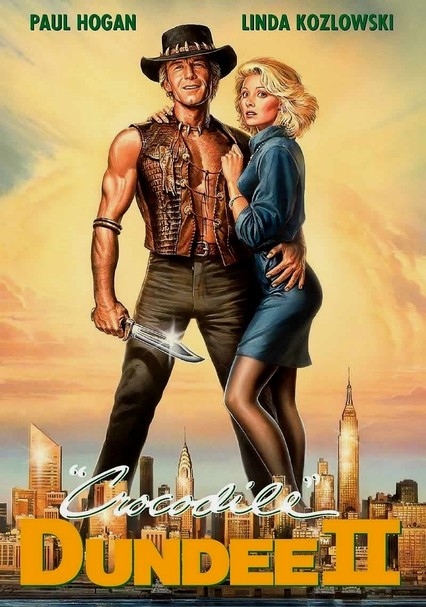 Parents need to know that most of this movie's 110 minutes are spent with guns blazing while the hero and heroine are in constant jeopardy from marauding drug lords. It's a repetitious cycle of getting caught, getting away, and beginning the chase again. The villains are Hispanic cartoon stereotypes who continually exhibit foolish, self-destructive behavior. With almost no blood or gore, the violence is mostly unreal, not scary, and generally reminiscent of 1940s and '50s Western violence (i.e., Roy Rogers or Hopalong Cassidy). Hero Dundee's idea of recreational fishing is dynamiting a river and scooping up the dead fish afterward.

Some spoken innuendo: "what's he like in bed?" and "how's it hanging?" one romantic kiss; heroine shows her bra to entice bad guys and capture them.

Wild West-like shoot-'em-ups in multiple scenes (without blood or gore). Off-camera murders. Dundee as "super human" bests villains in scene after scene of physical action, including dangling a man from a skyscraper. A kidnapping at gunpoint. Threats with knife, hairpulling, subway gunplay, punches.