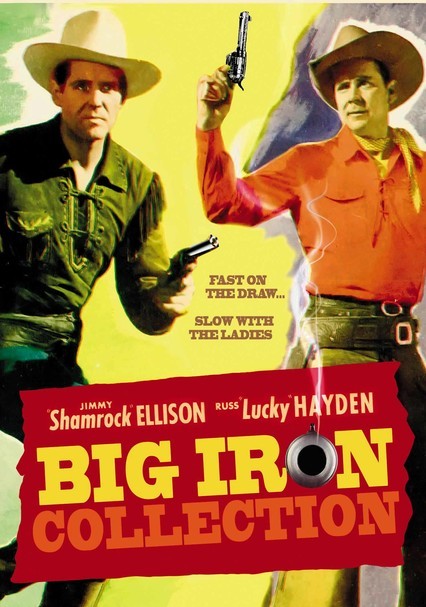 1950 NR 3h 0m DVD
James Ellison and Russell Hayden star in this trio of Thomas Carr-directed B Westerns -- half of the six films the director made in a single month by using the same casts, costumes and locations for each. In Crooked River, Shamrock (Ellison) searches for his parents' killer and Lucky (Hayden) makes an unlikely bandit; in Colorado Ranger, Shamrock and Lucky are undercover rangers; and in Fast on the Draw, a gun-shy Shamrock becomes town marshal.