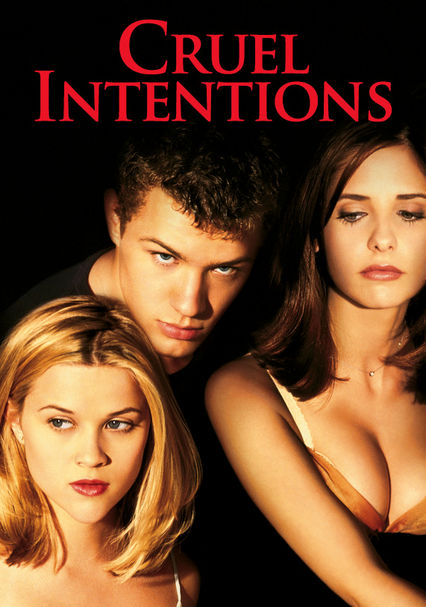 1999 R 1h 38m Blu-ray / DVD
Quenching a thirst for dangerous games, promiscuous Kathryn Merteuil challenges her stepbrother to deflower their headmaster's daughter before summer ends. If he succeeds, he gets to bed Kathryn. If he fails, she'll win his most prized possession.

Parents need to know that this film contains quite a lot of sex, most of it not shown explicitly, but all of it highly suggestive. There is liberal use of the usual four-letter words, and many examples of manipulative and cruel behavior.

One explicit sex scene, several highly suggestive ones (including the suggestion of sex between stepbrother and stepsister), and kissing between both opposite-sex and same-sex couples.

Many examples of manipulative and cruel behavior.

One character takes cocaine, several drink alcohol, one to drunkenness.