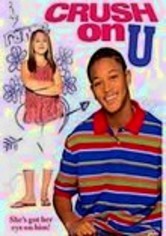 2007 NR 1h 16m DVD
A little luckier than your average teen, Rome has it all: looks, charm and no real worries -- or so he thought. When his best friend asks him to baby-sit his little sister, Rome thinks it's a simple enough job. But that's before he discovers that the young girl has an enormous crush on him! Hip-hop sensation Lil' Romeo stars in this hilarious family comedy directed by Master P.