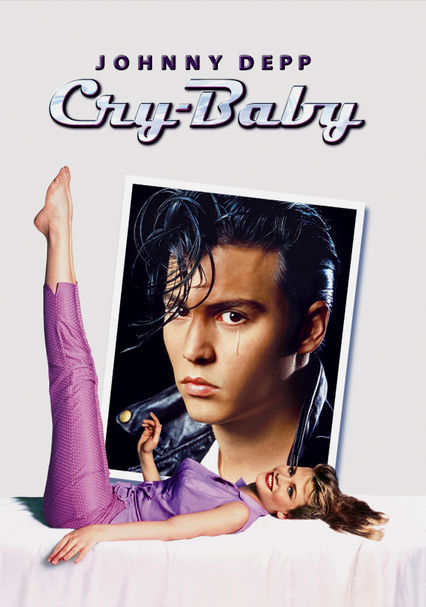 Parents need to know that Cry-Baby is a 1990 John Waters film that is both a campy celebration and a hilarious parody of the 1950s. In the midst of the overwrought battles between the "Squares" and the "Drapes" (the nickname for the "juvenile delinquents" running amok around Baltimore), there is some over-the-top fighting with fists and baseball bats, and the Drape women make constant reference to their breasts, either through gestures or through calling them "bazooms." Characters are shown smoking cigarettes. While in a car, a teenage girl drinks from a flask and offers some "hooch" to the driver, who turns it down because he's driving. There is one use of "f--k" and some other mild profanity. Although the film's parodying of 1950s "juvenile delinquent" movies, societal conformity, and sexual repression will be lost on younger viewers, for older kids and parents Cry-Baby is an enjoyable and hilarious introduction to John Waters' movies.

In one scene, numerous couples are shown French kissing in an exaggerated manner, with open mouths and tongues extended and licking. A middle-aged photographer offers to take pictures of teenage girls who pass by, making references to their breasts and buttocks in a suggestive manner. While the two lead characters kiss in the park, the female allows her new boyfriend to feel her breasts on the outside of her blouse. Female characters make gestures in which they point at their breasts.

"Squares" and juvenile delinquents (called "Drapes" in this movie) get into fights with fists and baseball bats. The leaders of the two rival gangs take each other on in a game of chicken, in which two cars drive at top speed toward each other, and the one who steers away first is the chicken. One of the characters fires a rifle into the air. In a jail scene, prisoners fight each other in a silly manner, like something from a 1950s movie about juvenile delinquents.

Use of "f--k" in one scene. Breasts are referred to as "bazooms" and "t-tties." "Ass" and "damn." An older woman refers to the tight pants worn by juvenile delinquent women as "hysterectomy pants."

Although it's a parody and a campy comedy, this film does show the importance of being true to who you are despite what others might have to say about it.

Characters are shown smoking cigarettes. While in a car, a teenage girl drinks from a flask and offers some "hooch" to the driver, who turns it down because he's driving.