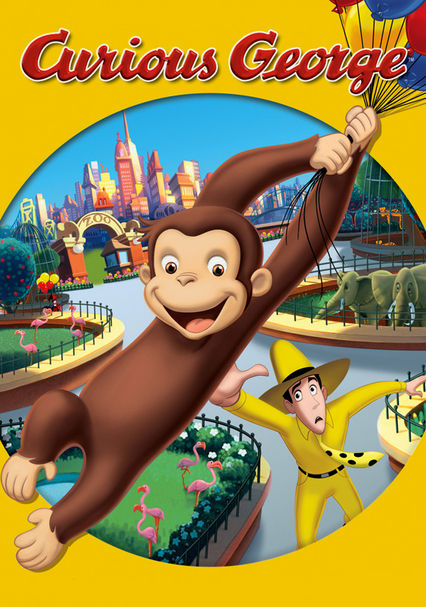 2006 G 1h 28m DVD
The Man in the Yellow Hat tries to tame Curious George in this animated version of the beloved children's series. The museum guide travels to Africa to find a priceless artifact, but returns with George, an inquisitive chimp who paints the town red.

Parents need to know that Curious George is a preschooler-friendly movie. There are some product placements, some flirting, moral ambiguity, and an emotionally-intense scene in which George is removed -- at the Man in the Yellow Hat's request -- by animal control. One man schemes to replace a museum with a profitable parking lot. Ted himself tries to fool the museum patrons with a fraud, something he is not punished for. An apartment building manager roughly chases the monkey from room to room, then evicts Ted, who has to sleep on a park bench that night.

Some flirting between Ted and Maggie, a kiss at the end.

Slapsticky falls and jumps; monkey antics include painting on apartment walls, stealing and flying away on balloons, projecting himself to look large like King Kong (this leads to chaos in the streets).

Rambunctious monkey and lonely man learn to appreciate one another's inclination for adventure.