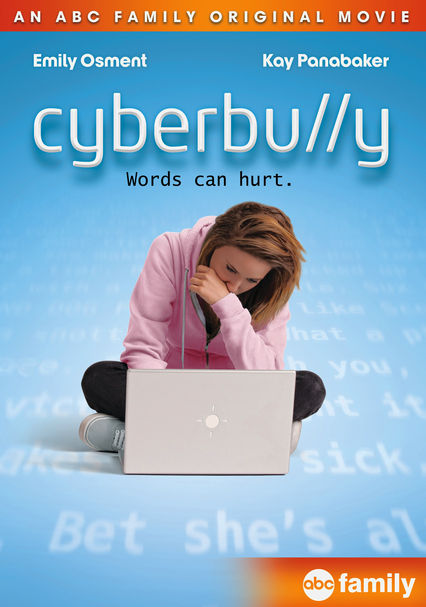 2011 TV-14 1h 27m DVD
Teenager Taylor Hillridge finds herself a target of bullying by fellow students through a popular social website in this topical drama with a message. After the abuse makes Taylor afraid to face her classmates, her mother gets involved.

Parents need to know that this TV movie takes a realistic and thoughtful approach to the issue of online bullying as seen through the eyes of a teen victim. Though the social website at the heart of the story is fictional, its similarity to Facebook and the like is implied, so you can draw real-world parallels between the characters' interactions and what your teens find online. The emotional content touches on issues like homophobia and suicide, so be prepared to discuss these themes as well. There's some strong language ("ass" and "damn") and a lot of name-calling ("skank," "whore," "bitch"), both face-to-face and online, and teens talk about their own sexual experiences and their views on premarital sex. There are some positive messages about tolerance, standing up to peer pressure, and turning the tables on adversity, but the movie's serious tone makes it best for teens and up.

Sex is frequently a conversation point among teen girls, who talk about "going all the way" and teen pregnancy. A girl makes it known that she regrets sleeping with her boyfriend. STDs and alleged promiscuity are used as cyberbullying tools, and teens call the victim a "skank" and a "whore." A minor character's homosexuality is mentioned as it relates to bullying.

No physical violence, but plenty of cyberbullying, and a teen's intended suicide is a major plot point.

Teens use words including "ass," "bitch," "damn," "pissed off," and name-calling like "skank" and "whore." Much of the language is heard as well as seen in teens' online comments.

The movie illustrates the dangers that can exist in digital life, including the relative ease with which bullies can target victims. Viewers see a teen struggle to overcome the emotional toll of being a victim; the movie offers coping mechanisms that translate to the real world. Peer pressure has real consequences when it leads a teen to go against her mom's advice, and there are empowering messages about self-confidence and standing up against bullying. Family and an unexpected group of peers become a source of strength for a teen.

One reference to Facebook. The movie centers on a similar but fictitious social site called Cliquesters.

In one scene, a teen intends to kill herself by overdosing on pills, but she's stopped before she can do so.