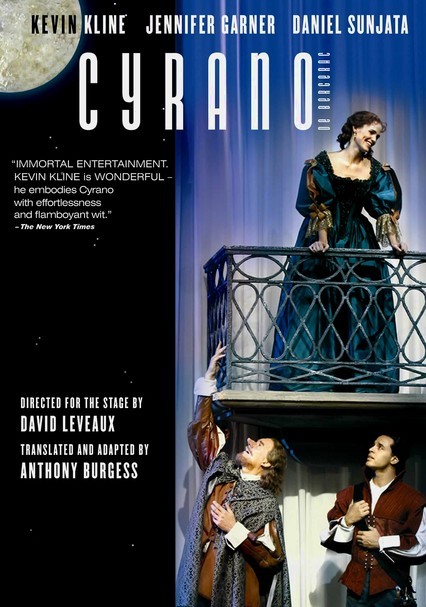 2008 NR 2h 21m DVD
Kevin Kline (in his first Emmy-nominated role) and Jennifer Garner star in this 2008 Broadway revival of Edmond Rostand's classic romance. Poetic Cyrano de Bergerac (Kline) pines for the beautiful Roxane (Garner). But for Cyrano, his oversize nose is the chasm that keeps them apart. Feeling that his beloved could never care for one so ugly, Cyrano speaks his devotion through the striking Christian (Daniel Sunjata) … until the handsome soldier can no longer speak for Cyrano.