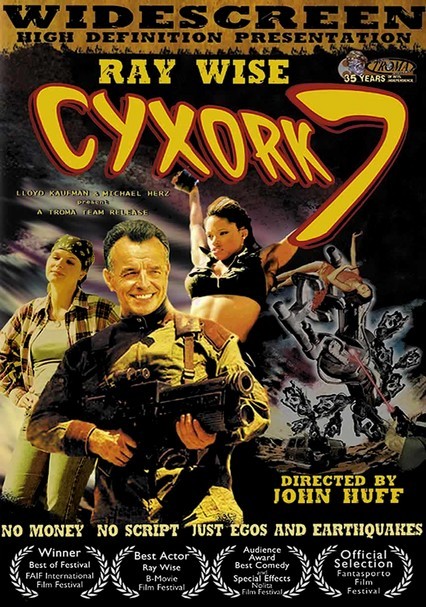 2006 NR 1h 33m DVD
Years ago, Kommander 88 (Ray Wise) made a name for himself as the hero of the Cyxork movies. Now, he hopes that a new sequel by a young director (Sonya Smith) will revive his career. But even as the gargantuan egos of cast and crew disrupt production in the California desert, massive earthquakes threaten to lay waste to the set. Greg Proops and Paget Brewster co-star in this dark parody of the fickle nature of Hollywood stardom.