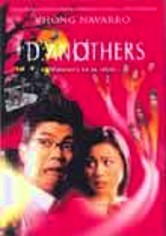 2005 NR 2h 0m DVD
Spooks abound in this supernatural comedy starring Vhong Navarro as skittish Hesus Resurreccion, a man whose ghost-ridden ancestral mansion harbors a portal to the otherworld. Every 100 years, the doorway must be opened so it can reveal the identity of "The One" -- the person designated to help usher spirits into the afterlife. Hilarity ensues as scaredy-cat Hesus finds out &NFihe's&NFi_; the chosen one and literally crawls out of his skin with fear.