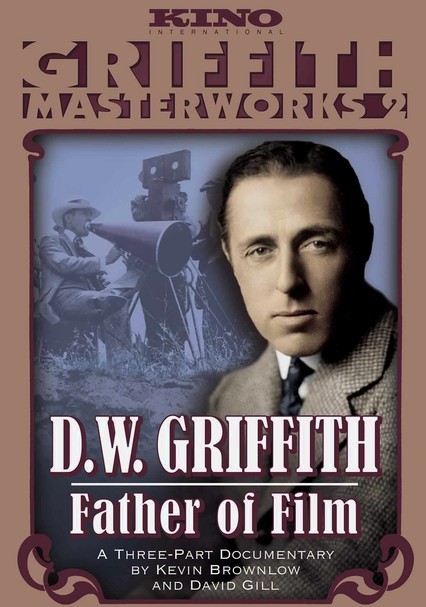 1993 NR 2h 36m DVD
With this multi-part documentary, film historians Kevin Brownlow and David Gill explore the tumultuous life of cinema maven D.W. Griffith, the American filmmaker regarded as "The Father of Film." One of the early architects of the language of cinema, Griffith helmed many of the most important and influential movies in the history of film, including Broken Blossoms, Way Down East and the controversial Birth of a Nation.