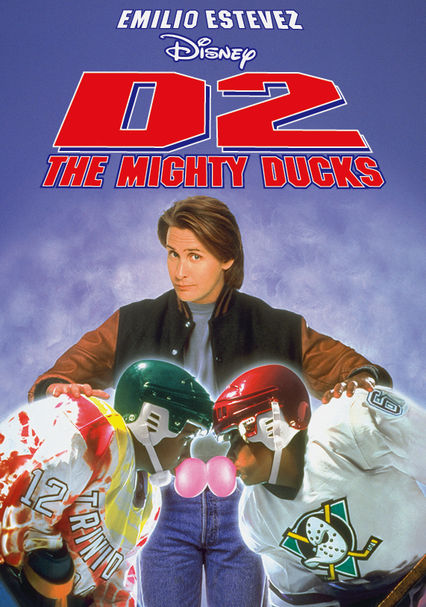 1994 PG 1h 47m DVD
The Ducks return to the ice, and Gordon Bombay is once again leading his old team, plus a number of new faces, as the loveable underdogs of the puck face off against competitors at the Junior Goodwill Games in Hollywood.

Parents need to know that D2: The Mighty Ducks follows coach Gordon Bombay (Emilio Estevez) as he leads a youth hockey team to the finals of an international tournament. A sequel to the 1992 hit The Mighty Ducks, the film brings the original Ducks and adds a few new players as they face off against a tough Icelandic team that doesn't always play fair. Expect a good amount of hockey action, including some nasty cheap shots that leave players injured, but no swearing, sex, or drinking. It's a fine film about sportsmanship for kids and families.

There's a lot of full-contact action during the hockey games, including several scenes that show players taking vicious, cheap shots that sometimes leave other people writhing in agony on the ice.

Hard work and teamwork helps the Ducks overcome a team that succeeds by playing dirty. The key is to discover who you are and learn to take advantage of your individual strengths.

Several well-known professional and Olympic athletes make brief appearances as themselves. One of the main plots follows Coach Bombay as he's seduced by the material comforts of a wealthy sponsor, and in the process forgets some of his values. The team gets their picture on a Wheaties box.