DJ Shadow: In Tune and On Time 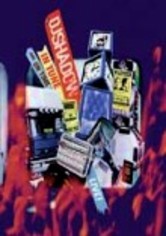 DJ Shadow: In Tune and On Time

2004 NR 1h 0m DVD
DJ Shadow continues to be at the forefront of his profession, which has been dubbed "cinematic hip-hop." This release highlights Shadow's many talents and features stunning audiovisual accompaniment used to enhance the live shows on his world tour. Behind-the-scenes footage is also included, as well as a battle waged between DJ Shadow, Cut Chemist and DJ NuMark in Los Angeles. Tracks heard include "Holy Calamity," "The Third Decade"and more.