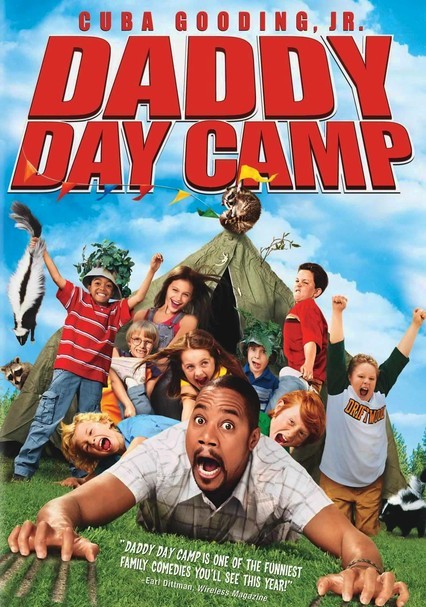 2007 PG 1h 29m Blu-ray / DVD
In this sequel to Daddy Day Care, bumbling dads Charlie (Cuba Gooding Jr.) and Phil (Paul Rae) take over a struggling summer camp and discover that the great outdoors aren't always so great as they contend with dilapidated buildings, unruly campers and bankruptcy. When enrollment plummets, Charlie turns to his estranged father (Richard Gant) for help and, in the process of learning about wilderness survival, learns about forgiveness, too.

Parents need to know that this basically harmless family sequel (it follows up 2003's Daddy Day Care) does feature several fart and vomit jokes, as well as some cartoonish slapstick violence -- like an outhouse burning and falling around a counselor who's on the toilet. The language is mild (of the "crap" and "stupid" variety) and used almost exclusively as insults. One tween camper is obviously smitten with a pretty girl; she eventually kisses him on the cheek. But overall, even though it's not a particularly good movie, it's a clean, kid-friendly comedy.

A boy stares wide-eyed at a pretty girl in camp; she kisses him on the cheek. Charlie and his wife hug.

Cartoonish scenes like an outhouse catching on fire and a school bus crashing into a cabin; campers play paintball.