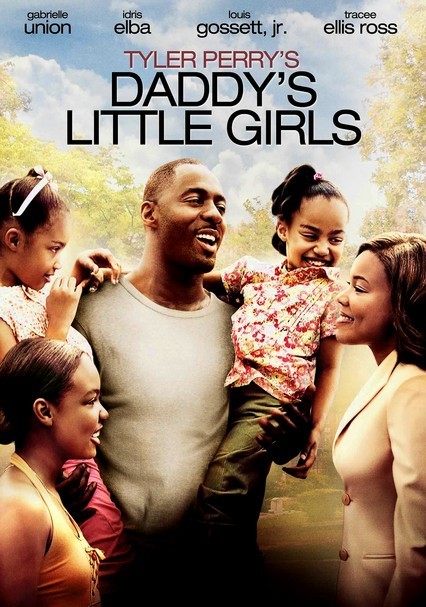 2007 PG-13 1h 40m DVD
In this drama from Tyler Perry, a powerful attorney falls in love with a janitor who's the single father of three daughters. Trouble comes in the form of his ex-wife, who reappears on the scene threatening to take away his children.

Parents need to know that the movie includes scenes that show and imply child abuse. One character reportedly hits her youngest daughter (bruises are visible on the girl's back), a drug dealer sends a 12-year-old to school with a joint to sell, and an irresponsible mother yells at her three daughters, offers her 12-year-old a drink, and insists they all watch a brutal beating in order to make them "tough." The mother smokes cigarettes and wears revealing clothing. The kind grandmother dies of lung cancer. There's yelling and some pushing and hitting between a father and a bad boyfriend; the showdown begins with violent car crash and ends with ferocious beatings in the street. Reference to a rape. A drunken sexual initiation leads to off-screen vomiting instead of sex. Brief kissing leads to off-screen sex. Language is mild, but the derisive terms "Steppin' Fetchit" and "slave" are used.

Flirting between romantic leads; sexual activity implied by kissing; sexual activity initiated by drinking; some tight and/or cleavage-revealing outfits; some slangy allusions (wannabe rapper admires a woman's "sexy-ass lips" and wants her legs around his waist and face); some derogatory sexualized language ("tramp," "slut," "whoring around"); Cynthia appears in bed with her boyfriend, both in their underwear and under the covers.

Child abuse is suggested (visible bruises, etc.); fights involve shoving, punching, and kicking; Jenny clobbers a dealer who owes Joe money, then watches and laughs as Joe's crew kicks the guy (when her children cry, she laughs at them, too); Willie appears with a cut face and a bandage on the arm, attributing it to a knife attack; the climax is initiated by a violent car crash, then a fight in the street (bloody, aggressive punching and kicking, followed by attacks with a pan and a pole). Reference to a rape.

There's plenty of gritty material in this drama, and characters certainly behave in very questionable ways, but there are also take-aways about the importance of family.

Jenny smokes cigarettes (even after her mother, also a smoker, dies of lung cancer); repeated references to Joe's drug dealing; reference to "crackhead" and brief, opening-credits-sequence shot of man who appears to be a junkie; Sierra brings a joint to school, having been instructed to sell it (Joe and her mother believe she needs a "hustle"); characters drink wine, beer, and liquor; after a night in a bar downing shots, Julia drunkenly pursues sex with Monty, who goes along until she bolts off screen to vomit in the bathroom (repeatedly).