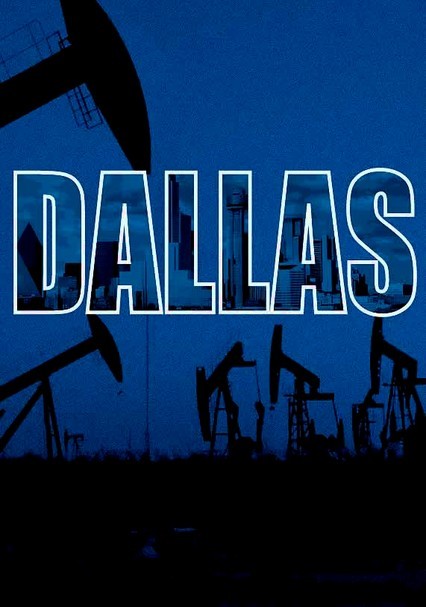 1978 NR 6 seasons
Back in the big-hat 1970s and '80s, the large living and shady affairs of greedy oilman J.R. Ewing and his bickering family formed America's favorite prime-time soap opera, complete with cliffhanger season endings. The complex relations between the Ewing clan create a dramatic landscape in which family members could be sharing a pleasant round of cocktails one moment and plotting a new victim's financial ruin the next.

As the fourth season of this nighttime soap opera unfolds, the universally hated J.R. Ewing (Larry Hagman) lies unconscious in a hospital bed -- but no one knows for certain who shot him. Was it Sue Ellen (Linda Gray), Cliff Barnes (Ken Kercheval) … or even the unassuming Miss Ellie (Barbara Bel Geddes)? As the list of suspects grows, faithful brother Bobby (Patrick Duffy) takes the reins at Ewing Oil. Extras include Hagman's home movies.

Texas oil and water don't mix in the fifth season of this classic nighttime soap opera when a woman is found floating in the Ewings' pool and J.R. and Cliff accuse each other of murder. Meanwhile, Sue Ellen finally takes action to divorce J.R.

Return to Southfork for another round of intrigue, backstabbing and greed. This season, Bobby tries to figure out who shot him, and Jenilee Harrison joins the cast as Jamie, Jock's niece and Cliff Barnes's key to the Ewing fortune. Meanwhile, Jenna goes on trial for the murder of her ex-husband, Sue Ellen falls off the wagon, and Bobby takes a notorious car trip in the prime-time soap's biggest cliffhanger since "Who Shot J.R?"

In the 12th season of the smash-hit soap, womanizing J.R. (Larry Hagman) heads to the backwoods of Arkansas for a little rest and relaxation. But when he seduces hillbilly waitress Cally Harper (Cathy Podewell), her brothers go ballistic and have the oil tycoon arrested. While J.R. tangles with Cally and her clan, Sue Ellen (Linda Gray) purchases a movie studio, plotting to produce a scathing documentary on her crooked husband.

The final season of this smash-hit primetime soap finds the ruthless Ewing clan conniving to the bitter end, with J.R. (Larry Hagman) scheming to regain control of Ewing Oil and Bobby (Patrick Duffy) hunting down his wife's killer. A drunk, despondent and pistol-wielding J.R. also learns the good that his life has accomplished, but -- in classic "Dallas" cliffhanger style -- is that enough to keep him from turning the gun on himself?