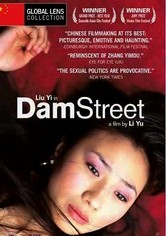 2005 NR 1h 33m DVD
Ostracized by her small town in early-1980s China, pregnant teen Xiao-yun (Yi Liu) is forced to give up her baby for adoption and lives in disgrace. Ten years later, Yun is a down-and-out nightclub singer who forges an unlikely bond with a local boy (Xingrao Huang). A marriage proposal soon tests the limits of their unusual friendship and Yun is forced to reckon with her troubled past in this sophomore feature by director Yu Li.