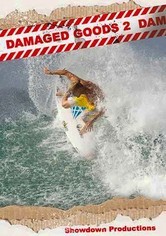 2008 NR 0h 45m DVD
Some of surfing's biggest names, including Kelly Slater, Mick Fanning, Taj Burrow and Jordy Smith, show off their technique in this collection of thrilling rides, enormous waves and powerful spills, filmed at famous breaks around the world. The nonstop action is backed by a driving soundtrack that includes Bullets and Octane, Japanther, the White Rabbits, Tokyo Police Club and other hot bands.