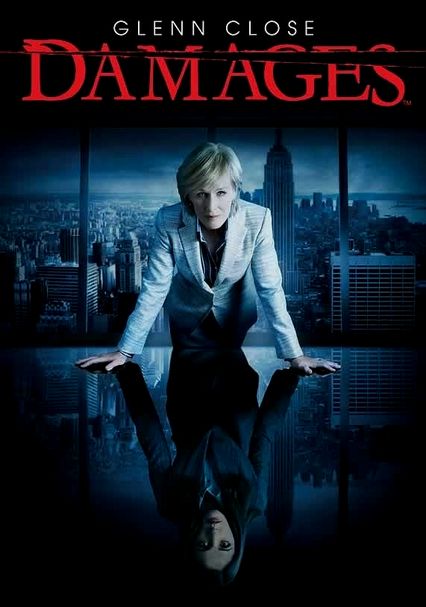 This season of the legal thriller finds attorney Ellen Parsons -- once a wide-eyed associate -- hardened into a cynical attorney in her own right. She's out for justice, and she may give her calculating mentor, Patty Hewes, a run for her money.

The man behind a controversial Internet site dedicated to government and business transparency gets sued when his latest information leak creates disastrous fallout, setting the stage for a decisive showdown between Patty and Ellen.

Parents need to know that this legal thriller contains several bloody scenes, including one of a man who's been brutally murdered. The camera lingers on his slashed, mutilated body, as well as the blood-smeared walls that indicate a violent struggle. One scene shows a dog with its throat cut lying in a pool of blood. At least one sex scene; it shows very little but is very intimate, with close-ups on slow kissing and skin. Several characters seem good but turn out to be bad. Overall, the series is dark and tense -- not great for kids.

At least one sex scene that shows very little but feels very intimate, with close-ups on slow kissing and skin.

Several bloody crime scenes, one showing a dog with its throat cut and another showing a man slashed up. Threats of violence. Motorcycle accident (no blood).

The main character seems to be a good, moral person, but she becomes involved with a cutthroat boss and wrestles with doing the right thing. Her boss fights for good causes but uses underhanded, illegal, and cruel means.

Several social drinking scenes, including a comment about liquor helping a person deal with stress. At least one peripheral bad guy smokes cigarettes.