Dana Gould: Let Me Put My Thoughts In You 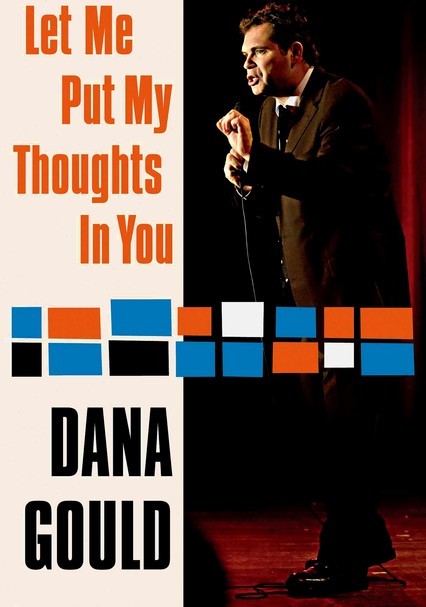 Dana Gould: Let Me Put My Thoughts In You

2008 NR 0h 50m DVD
Comedian and Emmy-winning writer Dana Gould ("The Simpsons") gives his hilarious take on life's many ironies and absurdities in this comedy special recorded live at The Second City, Chicago's famed comedy theatre. From the panic attack known as parenthood to the challenges of marriage, Gould pokes fun at the every day and the imagined, including the trials and tribulations of diaper-clad astronauts and a family of sex toy factory workers.