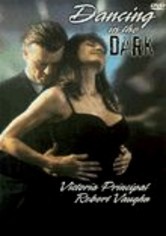 1995 NR 1h 33m DVD
When her father-in-law (Robert Vaughn) tries to rape her, dance instructor Anna Forbes (Victoria Principal) loses control of her world. Although she seeks professional help to deal with her unraveling marriage and paralyzing depression, she eventually checks into a psychiatric hospital. There, she's heavily sedated and held against her will. Will Anna's disbelieving husband (Nicholas Campbell) rescue her? Or will Anna have to fight for herself?